Today is Rut Bustin’ Day, a day when I try doing every thing differently. I only have one rule, it feels routine, stop and change it. I have been doing this since college and am always surprised how something so silly can inspire me, help me discover new treasures or just end a crappy mood.

So this morning I grabbed a t-shirt from the bottom of the pile that I had not seen in ages, brushed my teeth while walking around, drank a protein shake from a wine glass, drove a different route to the pool, changed the radio station, parked in a different spot, swam different strokes, went to a new market and actually read a newspaper instead of twitter. It amazes me what a creature of habit I can become without even noticing.

I even changed up my music selections. First, I tried random pop tunes of singers I only know because of their magazine presence but that was a bit too much so I busted out an old playlist, When Rap Was Mostly New To Me. I added this to Spotify although most of the songs are not in their database.

For a snack, I tried some Brad’s Raw Crunchy Kale with garlic and vegan cheese, I expected it to suck way more than it did and eventually I might actually like it. Maybe. 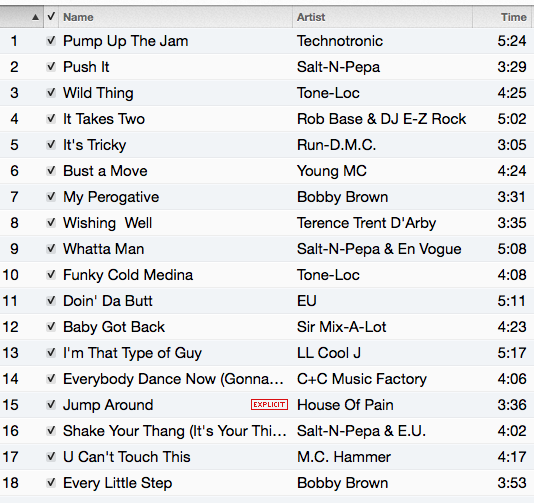 I am a woman of many moods and each one has her own soundtrack. View all posts by InteractThis